Cities concentrate our most pressing social and environmental issues while also bringing about innovative responses to these challenges and numerous forms of experimentation.

The Urban Democracy Lab promotes critical, creative, just, and sustainable forms of urbanism primarily through novel forms of practice-based research. Our work focuses on new forms of urban democracy, whether in governance, activism, self-management, or creative production, and is fueled by a core set of beliefs:

In keeping with these values, we sponsor several fellowships for students each year, and maintain an active roster of visiting scholars from around the globe. We have a dedicated student advisory board and sponsor a number of working groups and ongoing projects. Central to our work are our community partners, and we maintain several active partnerships with groups and organizations that help give our work direction and to whom we remain accountable.

Gianpaolo Baiocchi is a sociologist and an ethnographer interested in questions of politics and culture, critical social theory, and cities. He has written about and continues to research instances of civic life both in his native Brazil and in the US. He is a leading social science expert on participatory democracy who has for the last decade engaged public officials, voluntary organizations, and policy makers on the practice and implementation of participatory processes. His books and academic articles on citizen engagement on budgetary matters (“participatory budgeting”) are among the most cited in the scholarly literature and have been published and translated in several languages. As one of the founders of the Participatory Budgeting Project, he has worked with city officials in several US cities, and has presented his work to the World Bank, to the UNDP, HUD, and to both the World and US Social Forums. His work has appeared in specialist and general-audience publications from The American Sociological Review and American Journal of Sociology to The Boston Review and Le Monde Diplomatique. His most recent ethnographic research, The Civic Imagination (Paradigm, 2014), which he co-authored with Elizabeth Bennett, Alissa Cordner, Stephanie Savell, and Peter Klein, examines the contours and limits of the democratic conversation in the US today and argues for a reparative, but critical, intervention in that discussion. 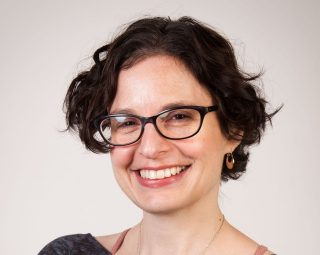 Rebecca Amato is a historian whose research and writing focus on the intersections between cities, space, place, and memory, with a special focus on mobilizing the public humanities for social justice advocacy. Her work has appeared in Urban Omnibus, Radical History Review, City Courant, and New York magazine, as well as exhibits throughout the city. She has been a staff member and consultant at a variety of history institutions in New York, including the Brooklyn Historical Society, the American Social History Project, the Lower East Side Tenement Museum, and the Museum of the City of New York. She holds a PhD in United States History from The Graduate Center of the City University of New York. 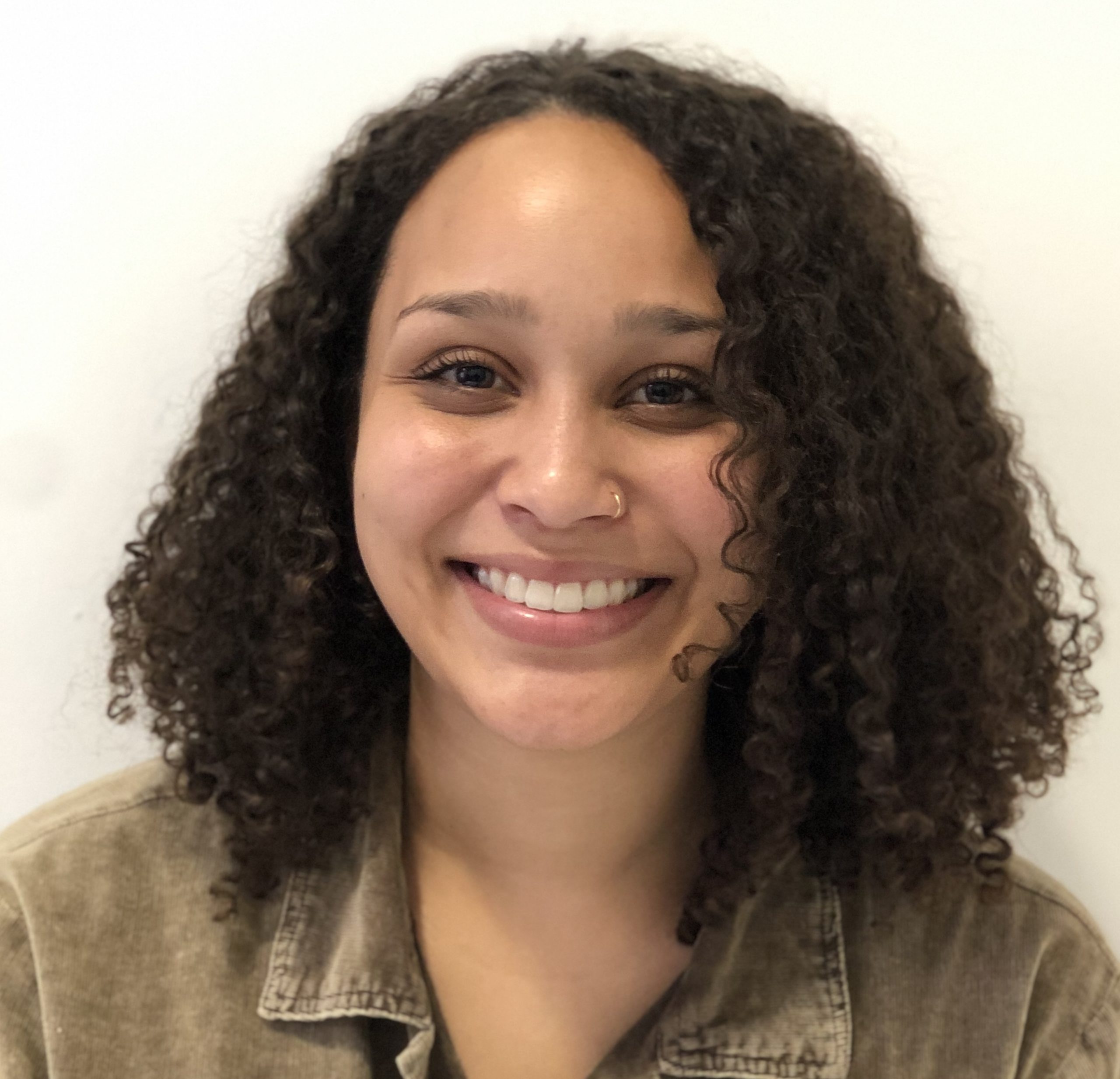 Anna is a fourth year student at New York University in the Gallatin School of Individualized Study where she studies sustainable urbanism and social justice. She focuses on ways that institutional power in urban areas affect cities’ ability to solve environmental problems. She has worked with community boards and the New York City Department of Parks and Recreation, as well as community-based organizations throughout the city. Anna hopes to pursue a career in urban planning post-graduation. 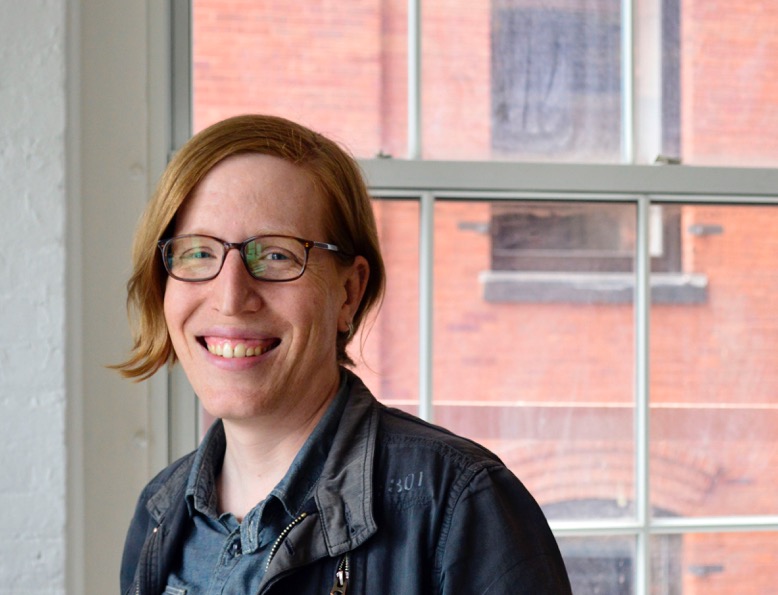 Michelle Esther O’Brien is a doctoral candidate in the Department of Sociology at New York University. She is currently conducting dissertation research on LGBTQ social movements in New York City. Michelle also works as a Community Oral History Coordinator at the New York Public Library, where she helps lead the New York City Trans Oral History Project. The Project is gathering a growing online archive of personal oral histories from trans New Yorkers. Michelle received her Masters of Social Work from the Hunter College School of Social Work, CUNY (now Silberman School). She spent several years working in HIV/AIDS service agencies, as a community organizer, support group facilitator and case worker. She served as the Executive Director of Housing Here and Now, at the time the leading coalition of tenant rights organizations in New York City.

Da’Shante Smith graduated with a bachelor’s degree in Sociology from Loyola University Maryland. After graduating, she moved to Thailand to work at Assumption University as a lecturer for two years before returning to New York. In addition to working for the Urban Democracy Lab, she is currently pursuing a master’s degree in Education and Social Policy at NYU Steinhardt with a focus on race and class in higher education.

Leigh Campoamor holds a Ph.D. in Cultural Anthropology from Duke University. Her work connects global political-economic processes with subjective experiences by ethnographically exploring the everyday spatial politics of Latin America’s expanding cities in a time when macroeconomic growth has produced new networks of communication and new forms of precarity. The book she currently writing, Public Childhoods: Urban Labor, Family, and Futurity in Peru takes child street labor in Lima as a node for assessing gender and generationality, transnational development, urban social movements, and everyday experiences of poverty. She is also working on a parallel project that examines the relationship between corporate social responsibility and urban consumer-citizenship through a case study of a transnational telecom giant that presents digital technologies as tools of democratization and children’s rights activism.

Simone Gatti is a Brazilian urbanist, architect, and guest professor at the Faculty of Architecture and Urbanism of the University of São Paulo – FAUUSP. She is a postdoctoral researcher in a cooperation agreement between the University of São Paulo and the Public Ministry of the State of São Paulo in the areas of Housing and Urbanism, where she develops research on social housing and participatory processes. She is a collaborating researcher at LabCidade and NAPPLAC of FAUUSP and acts as a representative of civil society in participatory councils of the municipal government of São Paulo. In New York she will conduct research on three different forms of rent existing in American housing policy (Public Housings, the Housing Choice Voucher Program and Rent-Controlled Housing) and their social and economic conflicts.

Paula Freire Santoro is a Brazilian urbanist, architect, and professor of Urban Planning at the Faculty of Architecture and Urbanism of the University of São Paulo – FAUUSP.  She currently coordinates observSP research with LabCidade | FAUUSP and is conducting a survey on Inclusive Housing Policies: a dialogue between São Paulo / Brazil and New York / USA. She holds a specialization in Land Policy in Latin America by the Lincoln Institute of Land Policy, Panama (2007) and was Technical Assistant of the Public Ministry of the State of São Paulo in the areas of Housing, Urbanism and Environment (2011-2013).  She has also been a researcher at the Instituto Pólis (2001-2011), Instituto Socioambiental – ISA (2007-2008) and the Laboratory of Urbanism of the Metropolis – LUME FAUUSP (2001).  In New York, she conducted further research related to her comparative study of inclusionary zoning policies in New York and São Paulo.

José Manuel Robles Morales is currently an assistant professor in the department of Sociology III at the Complutense University of Madrid (Spain). He is the director of the Masters program in Official Statistics and Social and Economic Indicators which is part of the EMOS (European Masters in Official Statistics) network of EuroStat. He is also editor of the Spanish Journal of Sociological Research (JCR journal) and member of the research group “Data Science and Soft Computing for Social Analytics and Decision Aid.” His research focuses on the political uses of the Internet and the social consequences of technological development. He works with quantitative data based on surveys and “Big Data.” José Manuel has published more than forty papers in different academic journals and is currently preparing a book for Palgrave Macmillan.

Semiha F. Turgut is a PhD candidate in urban and regional planning at Istanbul Technical University. During her Master and PhD studies she worked in several research projects on local development, economic development and youth participation. In her last project she worked as a research coordinator in Istanbul Urban Resilience Project of Istanbul Metropolitan Municipality. She is granted as a Fulbright Visiting Researcher and in New York she is focused on her PhD research on Smart Cities. Within this topic, she investigates Smart Cities from the perspective of philosophy of science; from the perspective of Thomas Kuhn. Her research includes evaluating the concept within planning theories.