New York City and its long history have many facets from activism to tourism. A People’s Guide to New York City (forthcoming from University of California Press) seeks to combine those two aspects of the city by shining a light on the City’s politically, historically, and sociologically salient locations in a way that traditional tourist guides do not. 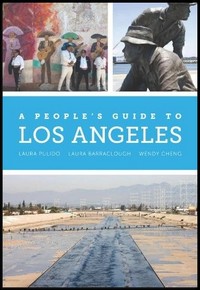 The meeting covered what sites should be included in the book and what kind of themes should be covered. Suggested themes included immigration, LGBTQ, housing, protest sites, and environmentalism. The meeting also covered logistical problems such as how many of NYC’s nearly infinite number of sites to include? And philosophical problems like, how might we commemorate places and processes that have been and will be lost to time? Of course, other things will need to be balanced as the project moves forward, such as the tension between New York as a city for living and a city for viewing and consuming. But with a group of scholars and activists as knowledgeable and intuitive as the ones involved, the end result is sure to be intelligent and informative.

The Urban Democracy Lab is excited to be able to support this venture as it moves forward!
— Melissa Bean